Before being known as such, the Heresiarch was an ordinary person.

A kind young man, disgusted by the wickedness and atrocities he witnessed every day.

He felt powerless, particularly when dealing with the actions of the Papal States which he felt were the main negative entity of the time.

Having no means to change the situation, he focused on the one thing he could control, a piece of himself that no one else could access – his mind. He imagined the differences he wanted to see in the world, dreaming of the changes he would implement if his chance came.

And through this obsessive meditation his mind slowly began to change; to develop in a way no one thought possible. Struggling against a mind that pushed back against him, he gained no respite, not even when asleep.

His boundless hatred of the Church fuelled the fire inside, and he pushed his limits even further. He became master of his own dreams, learning to filter out wickedness in the pursuit of the beautiful and just.

Ascendant, he learnt to project his subconscious across the voids of time and space, reaching distant imaginary dimensions, travelling further and experiencing more than anyone else could ever believe.

During his endless searching of the Universe he continued to call out, yearning for knowledge, for answers… for hope. 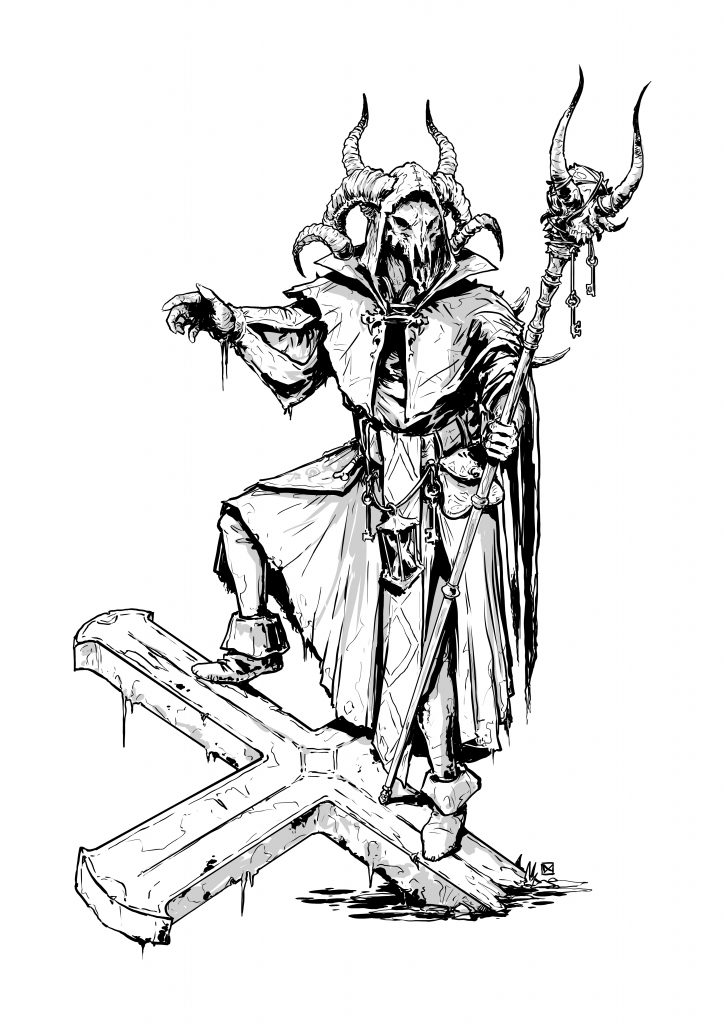 And then one day – something answered back.

Unfortunately – or luckily, depending on your perspective – he discovered that his dreamlike travels were not simply fantasies: at a certain point he made contact with minds totally foreign to our planet.

This caused a series of consequences.

Establishing a two-way communication bridge with other planets made the Earth’s existence known to alien entities, and these beings turned out to be incredibly curious about humans.

The dreamer’s brain – inexperienced and unprepared for psychic exploration – was invaded and altered as a result of the connection, as if it had come into contact with a virus.

This ‘Infection’ brought about several changes – granting him substantial psychic powers, vampirism and many physical mutations… Some more noticeable than others.

Understanding that his old self was no more, and armed with powers to change history, the man cast off the shackles of his former life and withdrew to a life of solitude.
Since then, he has been sighted around various regions of Europe, and those who have met him describe his presence as both enigmatic and disturbing. Neither bad nor good, simply moved by a mysterious inner plan he will never reveal. He proceeds undeterred.

However, everyone agreed on one point.

He was able to awaken the sense of possibility, making people tap into their potential and drive them to deeds of great strength and virtue: he frees them from their self imposed limits, and continues to do so.

The Church dubbed him “The Heresiarch” because he was the first one brave enough to rebel and steal her faithful servants, with the goal to create a better society for all, free from suffering under the ecclesiastic yoke.

To date, that’s the name by which he is known.