In a cruel twist of fate, one of the purest souls to grace the world was bestowed upon a girl with monstrous features.

Her loved ones were able to see past her physical “flaws”, choosing instead to focus on her kind heart. To her family she was, and always would be, more than a sum of her parts.

However, other people were shocked by her distinct features, and used them as an excuse to treat her as an evil outcast, ignoring her personality entirely.

The girl tried to make the best of her troubled situation, and sought relief in nature, particularly finding comfort in the shelter of the surrounding woods. The silent beauty of plants and flowers stirred emotions deep within her – it was here that she felt the connection which society had so cruelly denied her.

And in the still moments of silent glades, it was as if the plants and flowers whispered to her in a wonderful, secret language. Through a vibrancy of colour she heard their faint song.

A song of comfort – just for her.

She had not even reached her twentieth year when rumours of a strange girl with a ‘demonic visage’ reached the Papal State. They sent the Inquisition to investigate, and the girl was forced to flee.

In that moment, she found a shred of relief in the long forgotten memory of a relative who, years ago, had taken the same decision. She felt strangely reassured – knowing that she was about to walk on paths already trodden, by a person whom she had held dear. 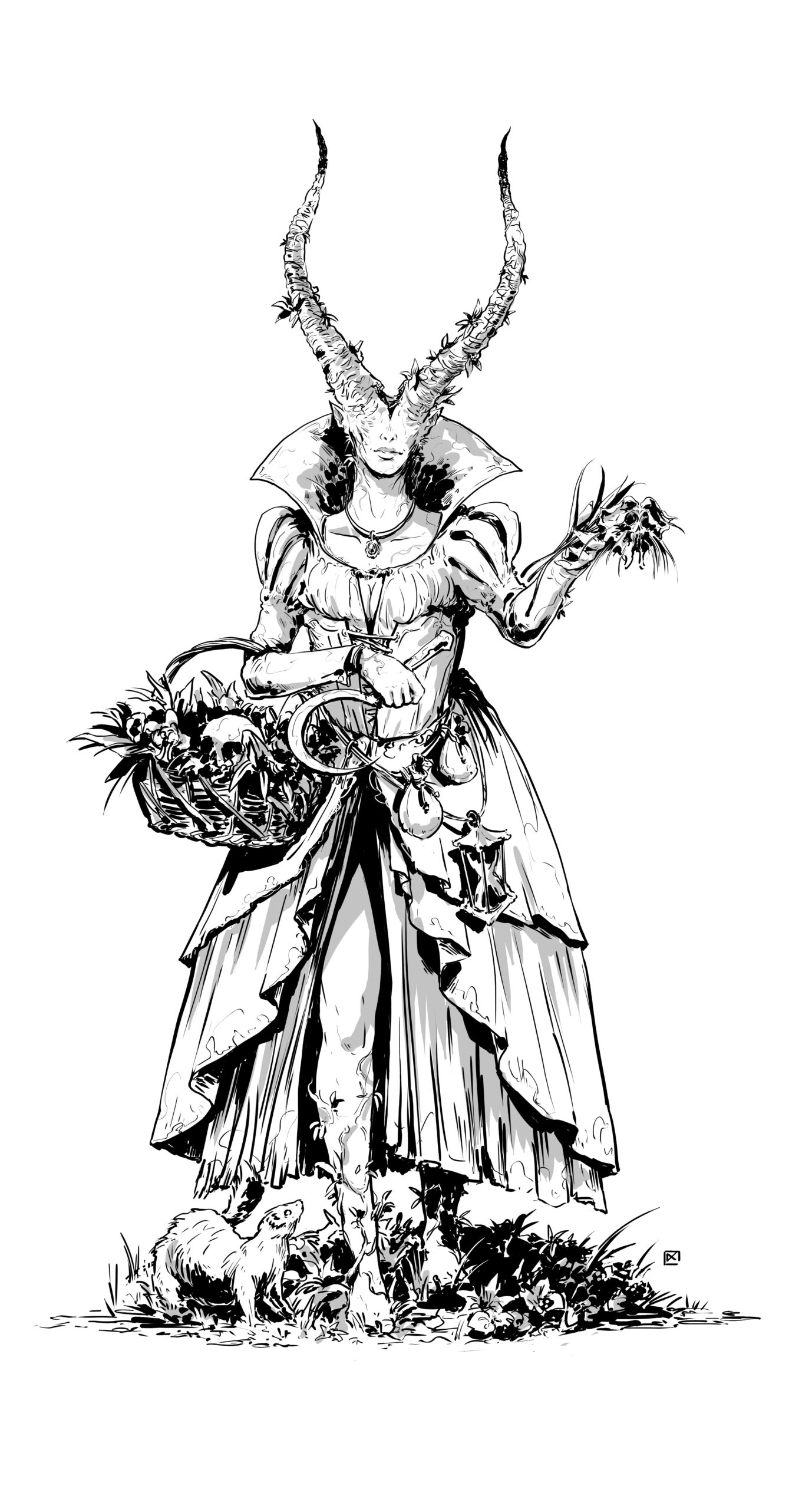 And in precisely the same way as her relative did, she abandoned her previous life and sought refuge with the People of the Woods. Here she was earnestly welcomed. There were no questions, comments, or predispositions about her appearance.

Fatefully, it was then that the Infection took hold.

It suddenly became clear to her that the bond shared with her beloved flowers was tangible, and not simply her imagination. She began to understand the local flora in ways she thought previously impossible. They spoke to her, and she understood – it was as if her returning voice was a sweet nectar the plants needed to evolve. They began to react to her in new ways – she could gauge their mood, tend their needs and eventually learnt to control them.

There were many other changes: she found her physical appearance no longer held her back, but rather became open to organic change according to her will. Also, she could sprout fresh, distinguishable features with her mind, and based on the situation, shifted delicately between the beautiful, the terrifying, and the bizarre. She was defenceless no longer.

She would always have a flower on hand and a kind word for those she came across, but held a deeper, darker gift beneath the surface for those who tried to harm her.

With regards to her family however – both old, and new – they continued to see her beauty as they always had, and would continue to do so, no matter what.